DBS app and website down for some customers on November 23

UPDATE (November 24): DBS digital banking was restored at 2 a.m. on Wednesday. The bank apologizes once again for the inconvenience caused.

Some customers who wanted to use DBS’s online banking earlier this morning (November 23) found that the bank’s app and website were unavailable.

As seen on DBS Facebook page, several customers informed the bank that their system was down.

DBS has since issued a statement noting that they are working to resolve the issue and has apologized for any inconvenience caused.

Those who need to make transfers can do so via PayLah! application.

On Tuesday (November 23) morning, some DBS customers found that they could not access their accounts through the app.

Apparently, banking had been “intermittently slow” for about 10 hours. 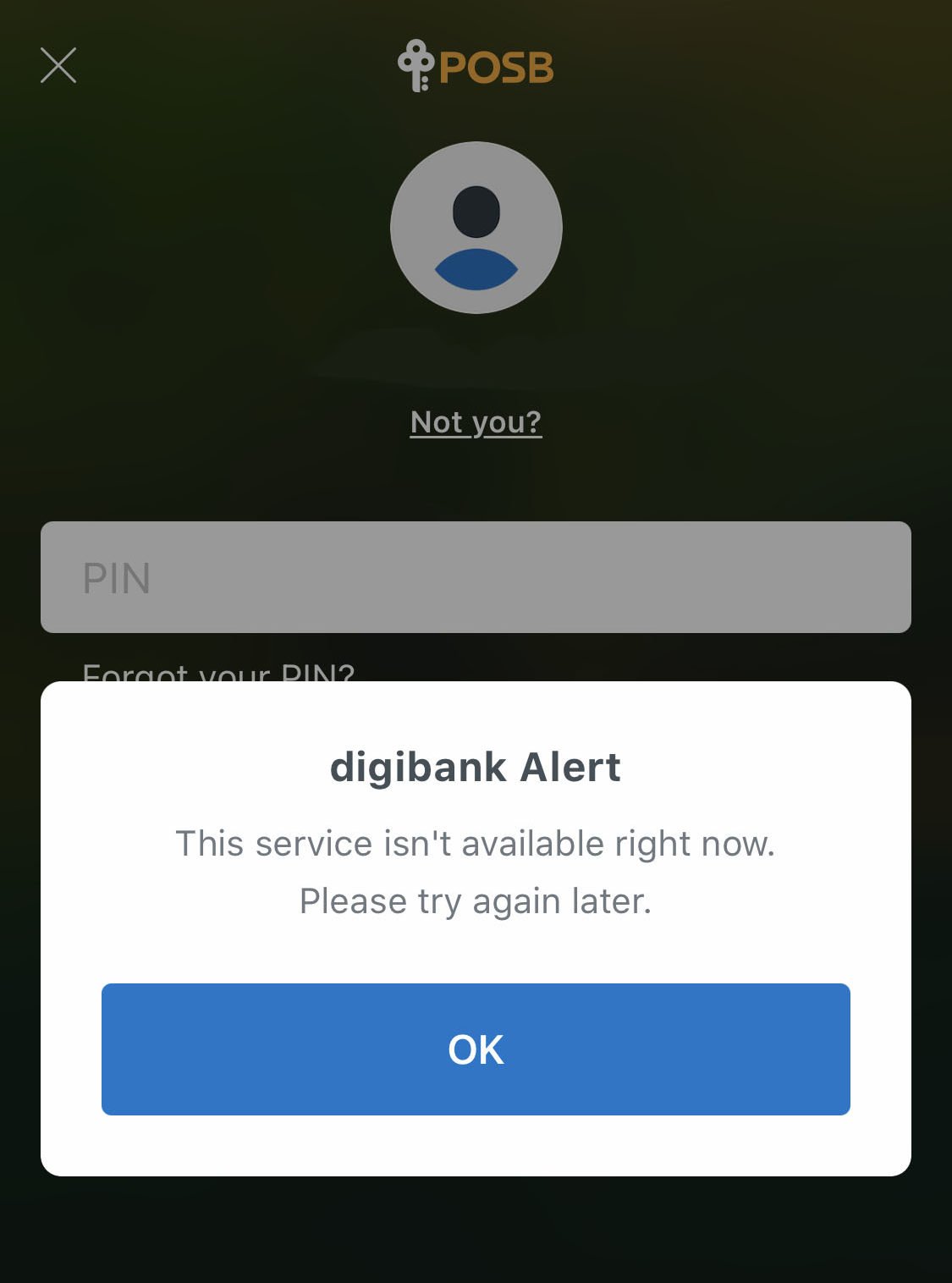 Some customers who have tried to log into their accounts through the DBS website have also experienced the same issue. 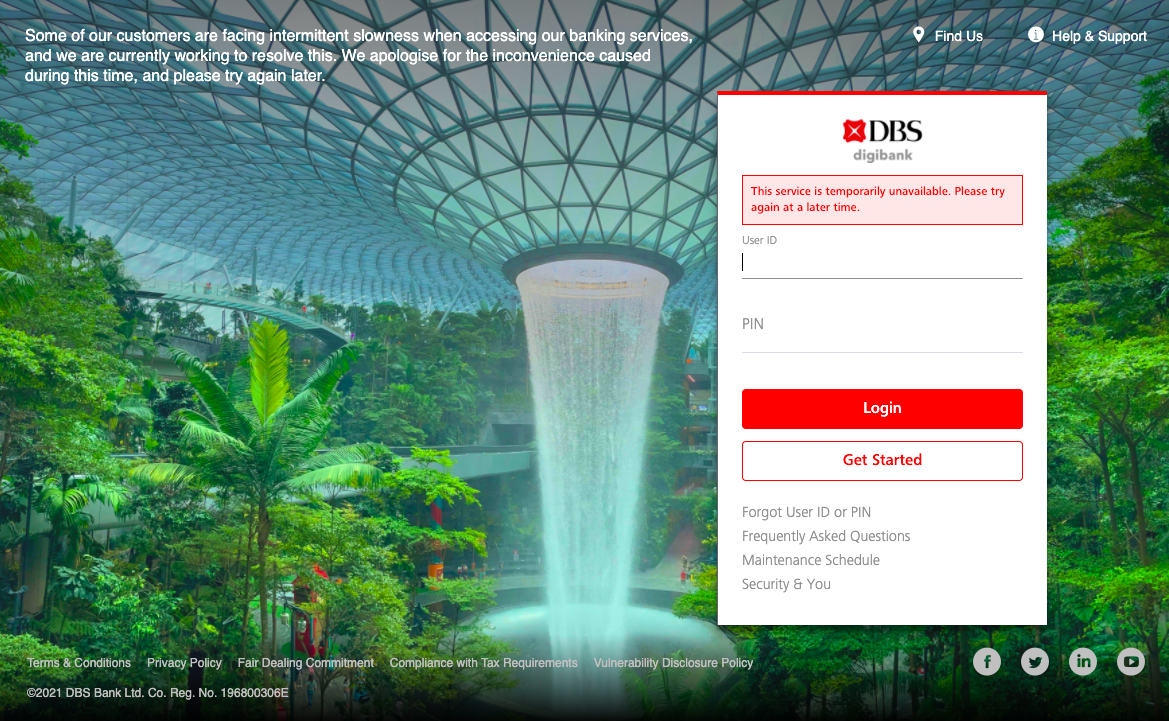 As a result, a number of customers have turned to Facebook to inform DBS of the situation. Most were unhappy because they were unable to make the payments which caused a lot of inconvenience.

Seeing that banking services had been struggling for several hours, DBS posted a notice on its Facebook page.

They apologized for the inconvenience to their customers and assured them that they are currently working to resolve the issue.

Customers who are having difficulty can try to reconnect later.

Hope the problem will be solved soon

Since a lot of the transactions are done online nowadays, it is definitely inconvenient for the customers when the banking services are faced with a problem.

Hopefully DBS will be able to get to the bottom of the problem, fix it quickly, and prevent it from happening again.